skip to main | skip to sidebar

"Would a Worm Go on a Walk?" book review

I got the opportunity to review a cute new children's book this month by Hannah Hall.  She asks questions about different creatures such as, "Would a rhino wear a raincoat?" and then she answers with, "NO! Rain doesn't bother him."  In the end, Hannah writes, "But each was formed on purpose by a wise Creator God."  This is a great book that gets the conversation started with kids that God has made each of us in a unique and individual way. 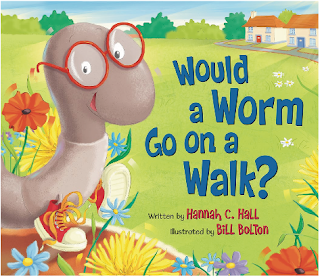 If you would like the chance to win your own hardcover copy of this book that is geared towards kids 4-7 years old, please leave me a comment about one of the unique ways God has made you or one of your kids.  This giveaway will end July 10th!

"Disclosure (in accordance with the FTC’s 16 CFR, Part 255: “Guides Concerning the Use of Endorsements and Testimonials in Advertising”): Many thanks to Propeller Consulting, LLC for providing this prize for the giveaway. Choice of winners and opinions are 100% my own and NOT influenced by monetary compensation. I did receive a sample of the product in exchange for this review and post. Only one entrant per mailing address, per giveaway.  If you have won a prize from our sponsor Propeller / FlyBy Promotions in the last 30 days, you are not eligible to win.  Or if you have won the same prize on another blog, you are not eligible to win it again. Winner is subject to eligibility verification.”

I'm so excited that I've had the opportunity to review some new Christian music by an artist that we already loved.  I've really enjoyed listening to this CD while I've been doing some spring cleaning this week.  Nothing like having the window-cleaner-guy come wash my windows inside and out to bring a little extra shine to my house!  But, then that meant that I realized how dusty my blinds and curtains had gotten.  Anyway...I digress.

Phil Wickham has previously topped the charts with his song "This is Amazing Grace", which won multiple awards.  His new album, "Children of God" comes after Phil didn't know whether he was going to be able to ever sing again.  Doctors found a lesion on his vocal cord in 2014, and after removing it surgically, he spent a month in silence while he was healing.  Throughout this whole process, Phil heard God speaking words of peace into his life, and saying, "I'm your father.  You're my child.  Trust me."  He felt like he received a new passion for writing music, and that's where the heart of this new music stems from.

One of my favorite songs from this album was "Your Love Awakens Me".


I also loved the way he sang the traditional "Doxology" on the first track in a new way.  And, there were several others that I thought would be great songs to use in worship at our church.  My 9-year old daughter also listened to the music, and her favorite song is "The Secret Place" which Phil sings with Madison Cunningham.  Check out that song here: https://www.youtube.com/watch?v=ZEAbxX1YhGI 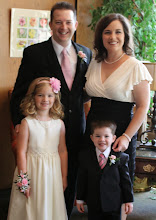